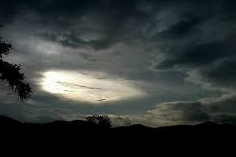 …… this is how my schizophrenia started

My eyes stared at hot daylight baking the sands and glittering on sea-water, out of dark dreadfulness jammed tight inside my head. We were on holiday with Phil’s parents in a deadbeat council estate next to Aberafan beach.

,,,,
ANNE’S BOOK OF COMMON PRAYER
......
Beyond the bedroom windows chimney pots, strung wires
are bolted rigidly against hot sunset radiance,
these few minutes by myself, I’m sitting on the bed
hands gripping one another, so bone-white the knuckles with self-pressure,
family noises boil up the staircase cavern, then mercifully a door shuts.

I admit to myself that I’m very frightened of my head:
you may ask what I mean, I know I’m going mad,
how else express it? I fear these nosy others
their looks, unspoken comments, they’re the Welsh
working class I married into, this terror is too personal I am too English.

My brain is splitting and I’m hearing Voices
steady girl - taunting sneering parodying. I have held it in


in the kitchen, down the beach, enduring the incessant television
every evening, hearing the Welsh accents and the hinted racism
crouched with gripped hands staring through purple cloud maps

making a valley of red and green material with my body
weighting the bedspread. The Voices clamour you’re not mad you are aware
shut up shut up! I must be mad, punching myself in the head,
too miserable to cry, if I could claw out
a hole in my skin - dusty white trails with beaded blood on my forearm -

I’ll have to go back in a minute. Saying I’m mad
is self-dramatising, claiming such a certainty of fiery
Gothic-winged mythology is this really me? This word mad
is too definitive - the Voices say I’m showing off,
that I am fraudulent., but what is this terror then?

........
I was English. I’d met and married Welsh Phil at Oxford, he was the first in his family to go to university at all. I thought if I told his Mam and Dad it’d prove (to them) educating girls was a waste of taxpayers money, and that bad trouble always came from the English. That’s what I thought, anyway, so I didn’t try.


I saw a doctor when we returned to London. She stared disgustedly, told me it all came from me reading books I was incapable of understanding and handed to me a prescription for anti-depressants, as if throwing used toilet paper down the pan.


After 3 weeks I went back and saw another doctor. He listened, and arranged an appointment with a psychiatrist for me as fast as he could. I’d hung on till I was stretched tight like elastic, I snapped, and broke, Phil found me curled up in bed pressing both hands against the top of my head so it wouldn’t burst like a bomb.


The doctor I’d seen the previous day was on duty that weekend, he came out to our house and promptly got me an emergency admission to psychiatric hospital.
I washed my hair while I waited for the ambulance. I could do normal things like that right after cracking in terror, because telling this particular doctor had meant being heard and given immediate practical help.


It was like being dug out of ruined buildings safely, and stretchered into sunlight! Naturally I washed my hair - there was nothing wrong with me physically - it was my mind that was snarled into soot-black dreadful darkness. Sounds stupid, but simultaneously I needed to look nice and clean. 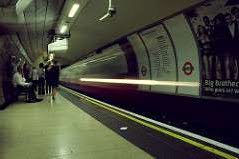 ....
People crowd together into the tube or bus but all we see are our, and others’, faces. Lots are putting a brave face on something terrible behind the looking-at-us eyes, or locked behind our eyes as we look back at them.