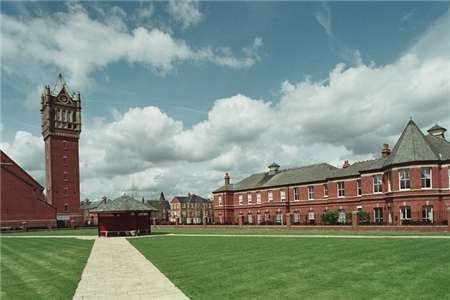 .....
The ward was a long room with tables and chairs for use at mealtimes. There was a TV, a radio, armchairs, and separate dormitories (for either gender). Ordinary looking men and women were interested in - or terrified of - new patient (me), just as I was, in or of, them. All of us were highly visible as well as ill, but minds don’t show, invisible in heads.

A doctor had said, while I was being admitted, “This is a safe place, an asylum means a safe place.” The first remark a patient made was reassuring, to herself and to me; “There’s more out than in!”
I learned to keep an eye open for a Jehovah’s Witness patient, so as to avoid, like the rest of us did, another “Have faith in my brand of God and you’ll be healed” session.

There were always several patients from a falling-to-bits hideous council estate, they recurred like decimals. The tenants there hated it so much they hated one another, drove one another mad. They’d be admitted here again and made better, then sent straight back to be driven mad all over again.
Middle class people (like me) were given psychotherapy “Because they could talk”. That meant express themselves in a tasteful educated way (everyone can talk unless they’re dumb, or made so because depressed or catatonic). We talked to each other on the ward lots of times, when in the sort of mood you all get animated talking. My impersonations of a bossy Chinese nurse used to bring the house down.

Working class patients invariably got given ECT - Electro-Convulsive-Therapy - we used to play a grim game spotting new patients and betting which treatment they’d get (not chancing money, it was all too obvious, we were unanimous every time). It seemed to be done oddly, as well. If it helped, you got it again, but if it didn’t help, scared you silly or meant walking was very difficult for hours after it, you got it again to see if persistent ECT made a difference.

It wasn’t meant cruelly, but that’s how it seemed. Medical staff were running out of time for healing patients or helping them at all, psychiatric hospitals everywhere in the UK were being forced to close.

This hospital was surrounded by woodlands, old orchards were buried among its trees, also open farmlands, deserted and unworked but rich with tawny seeding grasses. September was the month I was admitted. I and another patient scrumped ripe apples, climbing trees but always aware of each other: some medications dramatically lowered blood pressure and caused black-outs. (I had a scabbed cut on my forehead from blacking out when I climbed onto the side of a bath, to adjust the plastic privacy curtain. I cut my forehead when I fell in).

A small room adjacent to the ward had a bed and a cot for mothers sick with post-puerperal psychosis, and their infants. The woman in that room was almost completely recovered, ready for discharge in a few days, and once she let me lie curled-up on her bed, when I’d cried and cried in a black pit of misery. Her baby was fast asleep in his cot, so quietly lovely in that blossoming silence surrounding a baby’s sleep. That was the sort of kindness we could show one another, at times, that mother letting me get over being upset, and trusting me enough, to do so in her room. 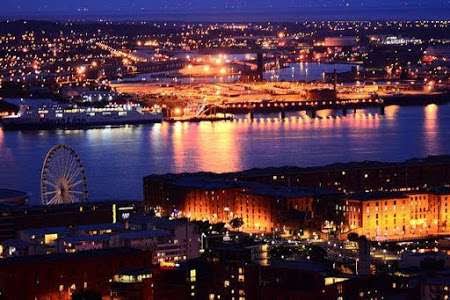 .......
Streets after more streets. Habitations built on marsh
wherever bricks would stick, but wouldn’t sink (too quickly), multiplied
into businesses extraordinarily shouting neon, snatching
souls cash or bodies
…………...all 3 synonymous: if you can afford life, bearable
aliveness (not rubbished, like spiced flesh or roti crumbs
thrown out to rats) if you dare think what God lets us allow
to become real, and still dare think of people having souls?

brilliance brokenness and prayers straight back at us:
scrawled “addressee unknown” like classic debtor avoidance.
Oh. Nothing happens next?. Dare we trust ourselves to heal
each other, dispense justice? A Pakistani (born here, British) copied

White UK aristo-, pluto-crats, bought a protection racket in this street from the previous
owners (Irish) Knew how to dive and duck. Shrugged awkwardnesses off
a waterproofing of oiled feathers (covering his back) We all

do anything, scatter or crowd like ants to jam, Sirens announce
police, ambulance or fire engines, driven by, containing
more and more of us human beings.