2. Review of first 5 poems by Carol Thistlethwaite in Carillon Magazine

4. A Present from one of the Young People

5. Love Song for my Mother

6. If You Can't Stand the Heat, Stay out iof the Kitchen

19. Speech is Free in the UK and so're us all
If you want to tell someone about anything, you need a word for it! - Not any old whinge-type word, like my sister in school whispering “I feel sick” to her friend.
“So do I!” mock-groaned her friend, as my sister, unable to stop herself, spewed up her breakfast:
her friend hissed “Why didn’t you tell me you were going to be sick?”

“Godforsaken” said what an awfully dreadful effect decades of taking anti-psychotics (also called neuroleptics) had on me. Cumulatively I was stupefied, I couldn’t work my brain.

...
THE FACEBOOK VIGILANTES WILL WANT BLOOD FOR THIS - NAUGHTILY I SAID GOD

(This is about unchecked-for-years psychiatric medication)

If I say I was Godforsaken, I meant no-one
“heard” a word - the silent air had said it - my
brain couldn’t interpret what my eyes saw - rain-streaked
brick or pebble-dash house fronts - not so I “knew” what
I was seeing. I just saw flat meaningless stuff, I couldn’t
respond, compute it usably, co-ordinate what
I was seeing with a sense of “here” or “realness”
or “me”.
I only knew what not-working nerves/neurons/
messenger chemicals crossing synapses, mean in awfulness
because now they work again, the contrast shows up
the concrete awfulness that went before, like shining light.

(My great-uncle, Sir Lindor Brown, worked on chemical
messengers crossing synapses inside the brain)
I used to look at people (it seemed
to them) as if I was bad-tempered, hated them so scarily
I might endanger kids! I frightened Labour Party members,
but I was terrified myself, I was defenceless with a brain
stoppered, set like concrete, pear-shaped, U/S, tits up (i.e.
too fucked to work).
One doctor I hoped could help, had never
seen anything like this! Thought I kept making appointments
because of inappropriate (on my part) love for him. Ditto the
receptionists. I couldn’t express what was
so unworkable, blackly smeared like paint
inside my head, because my brain couldn’t work well enough
to be capable of explanation.
I reverted to old behaviours
(nothing new was ever sayable with a red-rust-choked head)
so of course it looked like sad old git (post menopause) in love.
Faugh! Wipe off her neediness like someone else’s snot
from off your sleeve. “Godforsaken” is a handy word to use,
a synopsis adjective telling readers all of this.

I use the word neuroleptics, when talking aloud, rather than anti-psychotics, because the latter makes me sound like an axe-waving maniac foaming at the mouth!
Terrifying inaccurate alarm-words don’t inform you about a medical condition - they do tell you what thriller is worth watching on Netflicks, but they won’t stop you long enough to listen about brains and biochemistry. 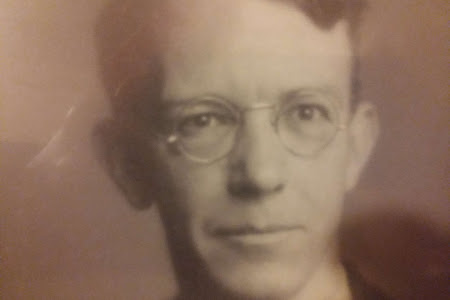 Sir Lindor Brown worked with other physiologists who had a hunch something-or-other chemical crossed synapses - gaps - between one neuron ending and another neuron beginning. There are millions of neurons in human brains, uncle Lin (as my Dad called him) and his team-mates’ hunch was correct.
Chemicals like dopamine do cross synapses, dynamically linking and connecting parts of a working brain. Uncle Lin was knighted, and made a Fellow of the Royal Society, in honour of his work.

We know now depression is linked to absence of serotonin, schizophrenia to too much dopamine (so everything gets too vivid and seems to happen dangerously, painfully fast)
Hormones, adrenalin, affect moods, speed heart rate and raise blood pressure. Horrible events can tip us over the edge, warfare leads to PTSD, for example. Anti-psychotics can help (it’s bloody refreshing and wonderful when they do), but can poison or be useless in treating others.
We don’t know why this is yet. It’s not like taking an aspirin, magic pill stops pain. It’s suspected viruses trigger not only certain mental illnesses, but also some auto-immune diseases like Type 1 diabetes, or Multiple Sclerosis, conditions like autism as well. The link between M.S. and schizophrenia is still mysterious but doctors have recognised it for a long time.
But incurable diseases are still frightening people, they flinch from hearing them mentioned, you can see a need for comfort/reassurance in their eyes. Bloody worse for you if you’ve got one! The unknown ocean, as Newton said, stretches out before us, concealing unguessable reasons for diseases. We’re only picking up pebbles on its beach. 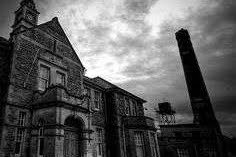 The building described in the next poem was separate-but-part of Claybury Psychiatric Hospital. Psychologists worked there on “talking cures” like psychotherapy.
THE REAL ACTING FANTASTICAL

(is group psychotherapy funny or awful?)

This the right way to hell? Tree branches
wintry, knotting tight, keeping out the blue
white extra splodgy cloud… a declivity (downhill)
then brick front, so-clean windowpanes
they gleamed the outside back at itself.
Inside, politeness froze me, carpets
hushed my trainers’ scuff.

A real red flame burned once
a moustached man bluntly, crudely disagreed with,
came right up against the Doctor
(psychology not medicine )
The Doctor’s freezing
urbanity stopped his challenge in its tracks. This didn’t
happen (his eyes were fixed on the middle distance) his
politeness so precise he (the Doctor) won. Freezingly
we knew the rules then.
It’s “let’s pretend” the Doctor
is so in charge he’s a Time Lord. Cue

the BBC Radiophonic Workshop theme music
for any “Dr. Who” series - but which episode?
why ask, they’re always dramatically, unbelievably
the same.
Light up a cigarette, it helps you pass
the nothing, while away the nothingness.

OK I go on about it, I can because it existed, it was there, shoutings and noisy opinions are a human thing and I shout too!

If there are no hospitals or surgeries, nor any treatment centres just nothing-but-air blanks, how are you or I to get better and happy?

If something’s rubbish, it can be improved, whether it’s a coat of paint that’s needed, or too much fiddling or bullying. If there’s nothing but buggerall it takes an enormous effort to create anything in the first place. A small but significant proportion of hospitalised psychiatric patients have been made seriously ill by wellmeaning but stupid private therapists. Want that sort of privatised danger, and no NHS? 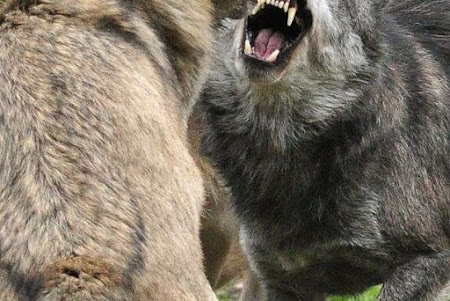 Yep, I thought that patient and the doctor squaring up to each other like that, was exactly like 2 male dogs sniffing each other’s bollocks before fighting. (No respect, people like me!)