2. Review of first 5 poems by Carol Thistlethwaite in Carillon Magazine

4. A Present from one of the Young People

5. Love Song for my Mother

6. If You Can't Stand the Heat, Stay out iof the Kitchen

Mindsets are funny (in a dark humour way) because they predict the future. The way we think of words like schizophrenia, make us act in a certain way.

Schizophrenia as a “fix patient with a pill it's quick I'm rushed this morning” diagnosis effectively means AWFULNESS FROM WHICH YOU WON'T RECOVER. All your life you'll have to take tablets which can cripple or kill you, and long term will justify themselves by preventing you from getting well.

Schizophrenia bandied from mouth to mouth every day, including across the media, means DEVIANT SUB-HUMAN MONSTER DESERVING ABUSE. Who shouldn't breed and who should never be allowed to adopt. Darkly funny, this, after discharge from hospital I looked after my 3 kids then unofficially adopted a 4th. Nobody would give me a job mind!

Rethinking schizophrenia, we could make it mean EXTREME BUT MANAGEABLE STATE OF MIND WHICH ONCE YOU'VE LEARNED TO ACCEPT AS NOT TERRIBLE, BUT AS YOUR OWN UNIQUENESS, IS CURABLE AND YOUR ASTONISHING TALENTS CAN BE SEEN AND USED FOR THE FIRST TIME. (Remember the movie about the mathematician and Nobel prizewinner John Nash “A Beautiful Mind”? Nash was schizophrenic)

These are ideas not set in stone things. Ideas are what we all think, they're flexible, we choose how we see them and think them.

Cultivating if not insisting on obedient helplessness in mental patients stops people daring to be people. (Bet I shocked you putting it like that!) Making out it's wrong to be ourselves, as clever and fantastic as we really can be, does the opposite of curing us. It keeps us in “ill and wrong” mindset and goes along with stodgy unhelpful diagnoses from minds set to think “mental” - though far too cautiously prissy to say it out loud – and that changes us into what it predicts. Makes bloody sure it happens, which is horrid for us and for some doctors who're breaking their hearts knowing all this. Also that some empire-builders like to keep it happening.

Google PETER BULLIMORE if this thread interests you.

Google JO PRESTIDGE as well. His blog Trauma Informed Care gave me humanity by assuming we are all human until trauma teaches some of us offputtingly revolting apparently inhuman coping strategies. I've got drunk, glaring, at enough parties and frightened people off. A human perplexed unhappy reaction caused by a history of horrified disgusted exclamations on being told my diagnosis, or people turning white as sheets and running away.

Reminding me I'm human is like the sun rising out of darkness and starting in golden air another radiant blue day. I can't stop crying. 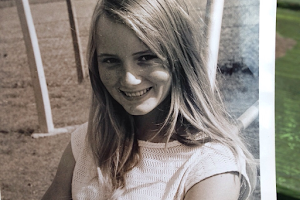